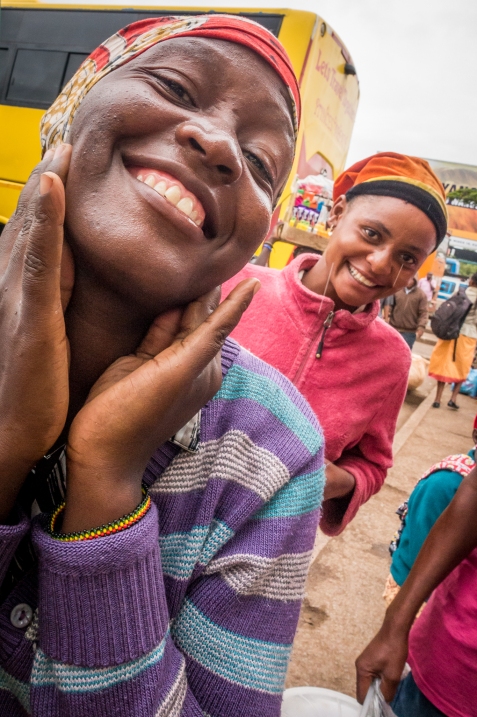 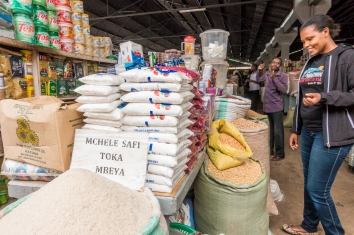 Sophie showing us the market in Moshi 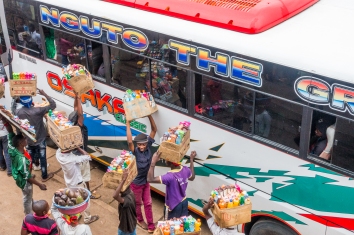 Vendors at the bus station in Moshi 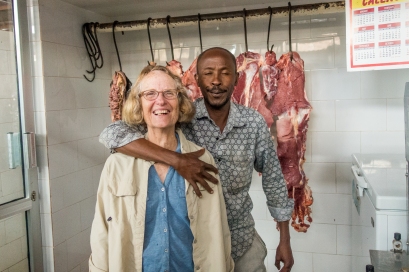 Earlier this week I was driving down a street in my home town, Marin Avenue in Albany, California. It’s only been a few days since our return from Tanzania. There is a orderly stream of cars moving along. The street is lined with neat single-family homes. There are no people on the sidewalks, no bikes on the bike path, just an orderly stream of traffic, each car with a single occupant. Each of us in isolation. I’m struck by the the contrast to our experiences in Tanzania. Where are the people, the humanity,  the motorbikes, the thousands of small shops, the roadside vendors and the people going about business? My own neighborhood seems stark and sterile compared with vibrant throngs of people on the streets in Arusha. A stark contrast in cultures. I feel like a fish, having just returned to my fishbowl, and having a whole new perspective about water. I see my own culture as one where people are isolated, insular, each in our own carefully constructed realities, where fear, suspicion and anxiety are prevalent. I wouldn’t even notice this if it weren’t for the opportunity to step into another culture. Even a brief visit gives insights about my own insecurities and biases. As we visited with the people in Africa, I began to appreciate a people that seem less anxious, less fearful, and free to express themselves. One morning as we toured the market place in Moshi, I wanted to photograph some of the people. I had been informed to be cautious about photographing people; many people do not want to be photographed. As I worked with our guide, Sophie, I found, that while some people clearly did not want to be photographed, others were more than willing, and became quite expressive. As we passed one little butcher shop the butcher invited Joann into his shop to pose for a photo, nearly grabbing her off the sidewalk. His enthusiasm and joie de vivre were infectious and something that seemed to create a bond of friendship, transcending our cultures. I doubt that such and interaction would happen on the streets of Berkeley.  I doubt that my idea of “normal” will ever be the same having spent time in Africa. Or if life does start to look normal, that will be my cue to plan anther trip.

When I'm not creating architectural photos for clients (see my primary website at www.treve.com), I like to travel, hike, kayak and enjoy other artistic and cultural pursuits. I'm also concerned about environmental and social issues and issues of faith. View all posts by treve

This site uses Akismet to reduce spam. Learn how your comment data is processed.